The Depths of Japanese Calligraphy(Sho)

The subject of this works was cited from an essay “The Depth of Japanese Calligraphy(Sho)” written by Kotaro Takamura (1883 –1956), one of the modern representative Japanese posts as well as sculptors. The form of this text is poetic, even though it is an essay, and is slightly different from the everyday Japanese we usually use.

The depths of Japanese Calligraphy

In his essay, he described the inexhaustible appeal of calligraphy. If we were to translate it into English, it would be as follows.

Although Japanese calligraphy is a kind of abstract art, it has a strong physicality behind it, and the meaning of the letters and the artistry of the pure form are intricately intertwined, seeming to be inseparable or not correlated at all, giving a subtle taste of inseparability.

Anyone who looks at a calligraphy will try to understand the meaning of the letters, but at the same time, the person is fascinated by the arabesque beauty of the calligraphy, which is not concerned with the meaning. Moreover, the arabesque is not just a mechanical figure, but the power, nature, height, lowliness, purity, and baseness of the spirit of the person who wrote it, as well as the body of the person who wrote it, is clearly transmitted to us. 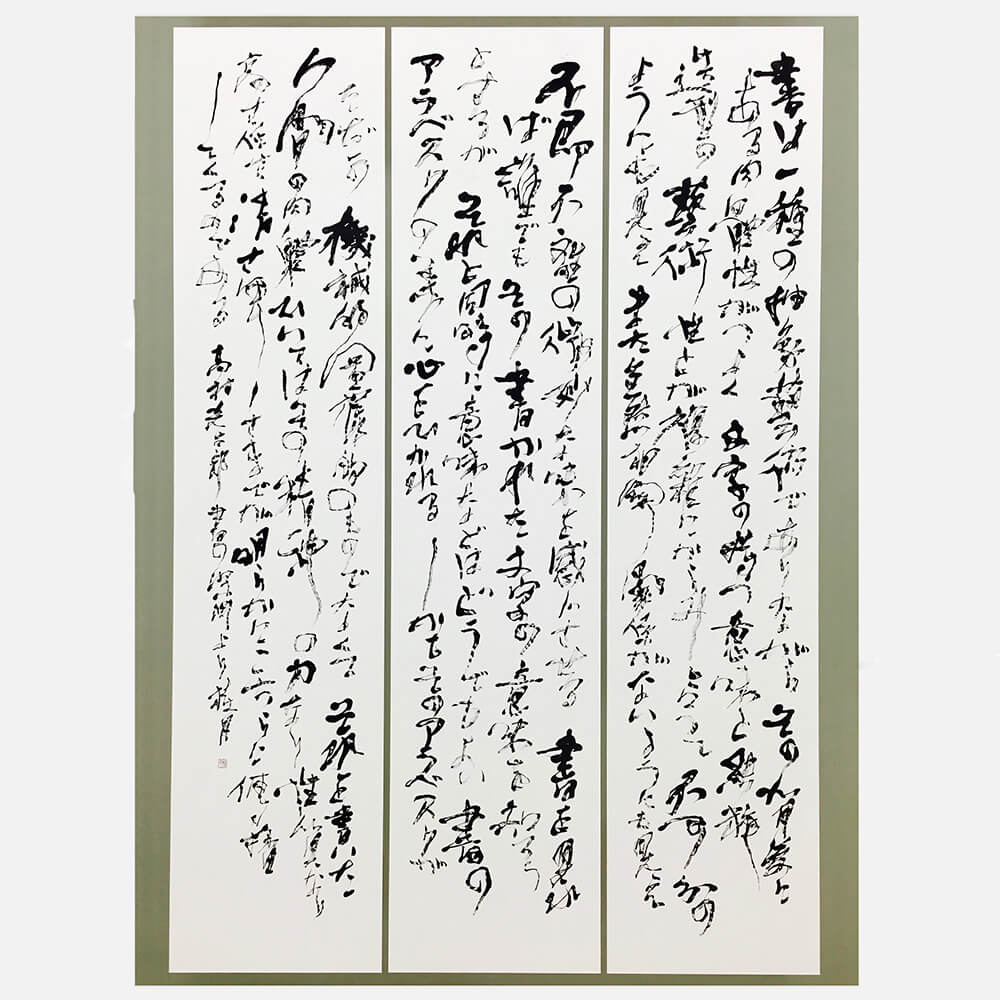 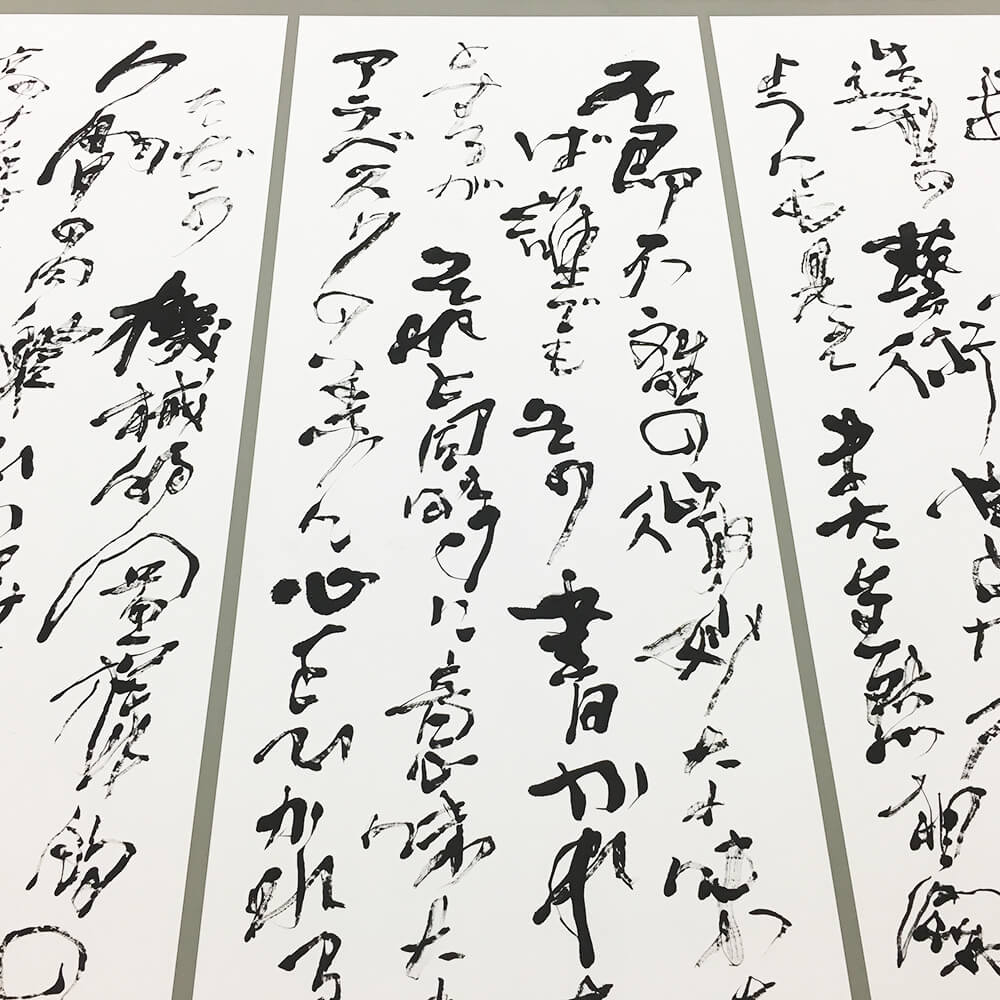 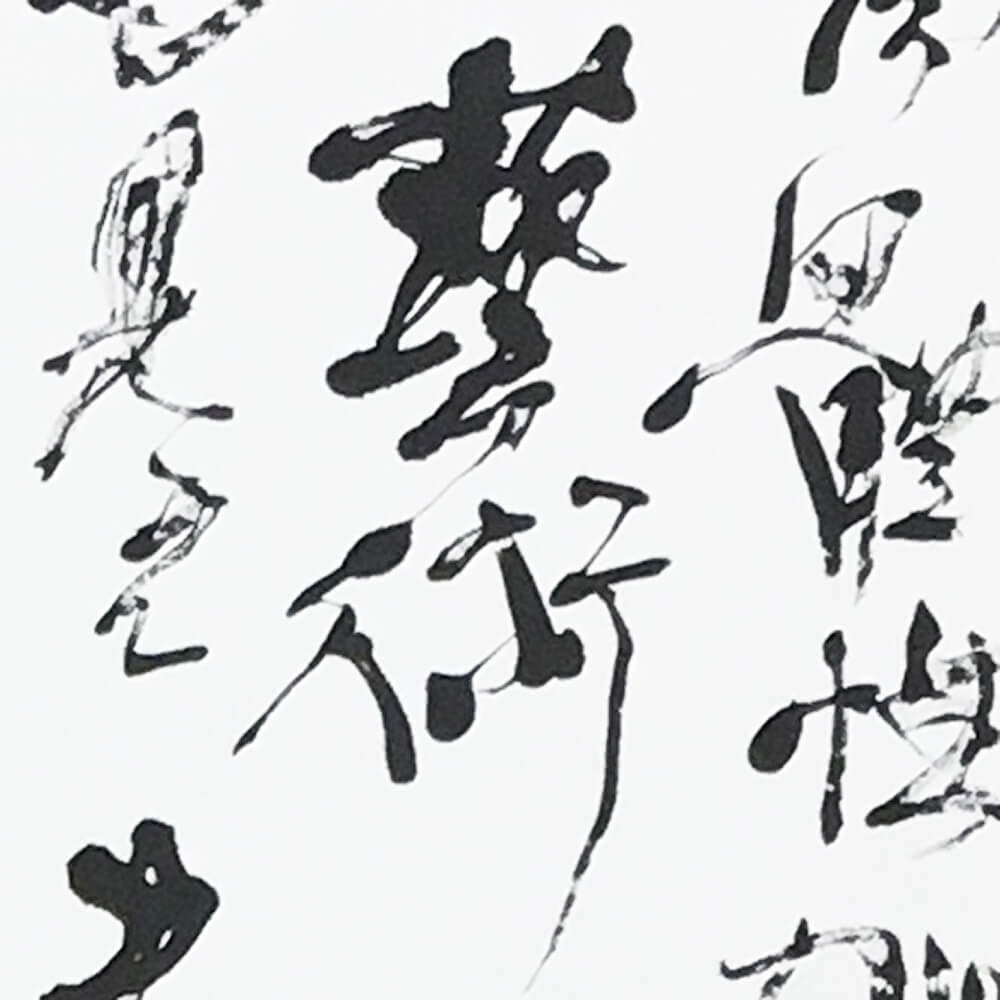