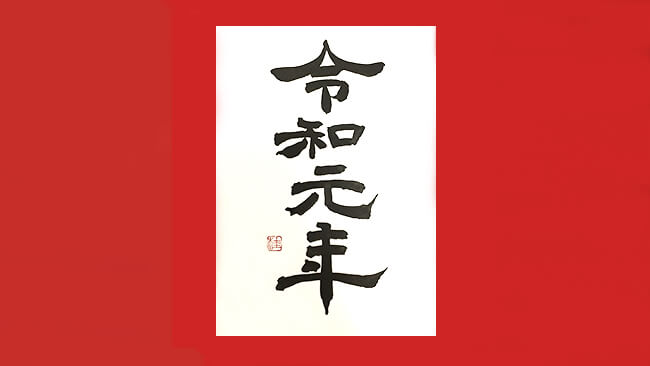 The first year of Reiwa – new era name of Japan

Japan's new imperial era "令和(Reiwa)" began on 1st May 2019 in Japan. This is a special thing for the Japanese and "元年" means the first year. Reiwa consists of two kanji characters of Rei 令 and Wa 和. As for the meaning, there are several English translation such as "order and harmony" and "auspicious and peace" according to some foreign media. Alongside the Western calendar, Japanese are familiar with the era name called gengo "元号" in daily life. This is used for